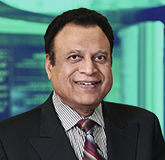 I had the opportunity to lead a research project in the field of cardiovascular sciences under the Canada-Brazil Awards - Joint Research Projects. The project involved two sites in Canada: Winnipeg and Thunder Bay and two sites in Brazil: Porto Alegre and Sao Paulo, and included overall more than ten different laboratories. The project funded for two years plus a one year extension had "Oxidative Stress in Heart Health and Disease" as a common focus. Our activities involved student mobility between both countries. Eight Project Members spent between three to twelve months each, in a laboratory in the other’s country, as an exchange student. One of my PhD students conducted in vivo studies in the laboratory in Sao Paulo and the combined data from two laboratories resulted in two major publications. The data was also included in the student’s PhD thesis.

As the Canadian Project Lead, I travelled twice to Brazil to spend time in the laboratory of my counterpart where multiple discussion sessions were held with the Project Members as well as faculty members. There were several visits to Canada by different faculty members from Brazil. During the program, we organized two scientific conferences in each country, for a total of four conferences.

These new and successful international collaborations have now resulted in the organization of an annual "International Symposium on Oxidative Stress and Cardiovascular Diseases". These meetings involve the group of laboratories that participated in the research project as well as other laboratories. The student exchange started in 2013 is still continuing even after the scholarship has ended. I continue to host students from Brazil in my laboratory. The number of joint research publications from these efforts has exceeded ten and six graduate students have completed their graduate program and there are more graduations to come.

The social as well as cultural experiences in each other’s countries have been wonderful and invaluable. The Canada-Brazil Awards - Joint Research Projects program has resulted in lifelong friendships and lasting fruitful collaborations. Thus, the program has been both a great initiative and a success with multiple tangible and intangible benefits.